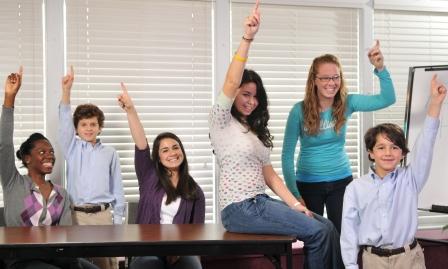 The House just passed the Every Student Succeeds Act with a final vote of 359-64. Now, the legislation is now headed to the Senate.

But, what exactly is the Every Student Succeeds Act (ESSA)?

The Every Student Succeeds Act, or ESSA, is geared toward improving K through 12th grade public education.

According to a recent article in the Atlanta Joural-Constitution, “ESSA returns more control to states, although it does not boot the feds out of education entirely as some members of Congress wanted. Annual math and reading tests are still required in grades 3 through 8 and once in high school, but the scores do not determine the sum total of a school’s worth. Instead, schools will be assessed on other factors including high school graduation rates, English language proficiency, student and school supports such as access to higher level coursework, art, music and counselors.”

How is this truly different than the No Child Left Behind Act from 2001?

U.S. Education Secretary Arne Duncan puts it this way, “No Child Left Behind has been roundly condemned as a test-and-punish approach that treated a single standardized test score as a full representation of a school’s worth. Teachers and parents complained the law reduced learning to multiple choice questions…

Although well-intended, the No Child Left Behind Act — the most recent version of the Elementary and Secondary Education Act — has long been broken. We can no longer afford that law’s one-size-fits-all approach, uneven standards, and low expectations for our educational system.””

What does this mean for your classrooms, schools and districts?

In a recent Education Week article, the highlights included:

How do educators feel about the change?

National PTA President Laura Bay explains, “Our nation’s students, families and educators have waited far too long for comprehensive reauthorization of ESEA/NCLB. The Every Student Succeeds Act is a marked improvement over current law and will provide much needed certainty for families and schools.”

To read the Every Child Succeeds Act (EESA) in its entiretly, click here.

Celebrating 30 years of excellence in education! Back to Basics Learning Dynamics is the undisputed leader in 1-on-1 tutoring in Delaware and southeastern Pennsylvania for over 60 subjects. The company offers Delaware’s only Department of Education-approved 1-on-1 K-12 Private School in Wilmington, Delaware and a Delaware Business and Trade School for ages 16 and older. In addition, the company offers translating and interpreting in 16 languages throughout Delaware. Back to Basics is the winner of numerous awards for academic and business excellence including the Better Business Bureau Torch Award for Marketplace Ethics.